P2P versus Marxism: a new (r?)evolutionary way to build a better world

I think most Marxists have so far underestimated the impact of the Internet, new technologies, open source, peer-to-peer etc. on society. Of course, in the grand scheme of things, one can always argue that ‘there is nothing new under the sun”. Capitalism has always revolutionised the means of production in order to beat the competition. So why should it this time be different? I think there are many reasons. One is that the capitalist system must grow to survive and infinite growth in a finite world is impossible. Given the state of the planet, this is an end game. Another is that there is a new mode of production in the making that is beating capitalism at its own game: competition.

Or as Michel Bauwens explains it "Peer production structurally eliminates extrinsic motivation and replaces it with intrinsic motivation, or in other words, passion. It is psychologically the most potent and productive form of human motivation. In addition, the market only allows, at best, for win-win scenarios of mutual interest, but is structurally designed to ignore externalities. Corporate firms can only strive for relative quality in a competitive environment, but peer producing communities strive structurally for absolute quality. As an object-oriented sociality based on the construction of universally available common value, peer production inherently strives for positive externalities, and lacks much of the motivation for creating negative externalities for the sake of profit. The combination of all these characteristics creates a hyper-productive mode of production, and asymmetrical competition with pure, for-profit firms relying on wage labor and closed intellectual property." This proto mode of production is the fruit of an unprecedented growth in human knowledge and technology. It is obvious that the old institutional and political structures are not apt to deal with these recent developments. No man, no “leader” or “collective leadership” can possibly cope with the exponential growth in science, technology, knowledge and their consequences. Only the collective, aggregated wisdom of the masses are apt to this job. This requires the building of new forms of organisations and institutions, a political equivalent of Wikipedia and Linux.

If we look at the world today, the future looks at the same time very grim and very bright. On the one hand, we have global financial and economic instability, mass unemployment in many advanced capitalist countries, wars and civil wars in the middle East and Africa, etc, where on the other hand we are witnessing for the first time since the birth of capitalism a new, higher form of society in the making that goes beyond the theoretical concept of “socialism” as proposed by Marx. This new society with its own mode of production and its own institutional networked framework will not develop automatically. We still need to fight to change the world in order to heal the planet and obtain a more just, egalitarian and democratic system. I don’t care if we call this new society a peer-to-peer or a socialist society. What counts is the struggle to get there. And from what I can see, this struggle is –at least for the moment- not taking place on the political front. Knowledge workers, scientists, software developers, social entrepreneurs etc. don’t look towards politics to find solutions; they are rather taking matters into their own hands, organizing through the web and building new types of organisations. But they also come into conflict with the old institutional and political framework in which they are operating, forcing them into political struggle at some stage. Addressing the present governments with 'demands' is clearly not enough.

The new global social-economic system that is in the making partially sustains global capitalism, but at the same time also undermines it. In this nascent system, horizontal, networked structures and hybrid institutions are becoming more and more important and could very well in time overshadow traditional hierarchical organisations and institutions. It will be a system in which coordination will gradually replace planning and participatory and liquid democracy will overtake representative democracy in many fields. I think that the idea of global sharing of knowledge, combined with local, sustainable production (and agriculture) is very powerful, although the second part of this equation used to be considered as reactionary by Marxists. But what used to be impossible, unrealistic and even reactionary in the past (think of the traditional Marxist stand against “the small is beautiful” idea by Schumpeter) can become possible, realistic and even desirable in the future. If there is one thing that Marxists should be familiar with, it’s dialectical contradictions. Things can turn into their opposite if the conditions have changed. New technologies give raise to new possibilities making past ideas about the future obsolete. I think this is the case with the rise of the Internet, peer-production and the invention of multi-machines, 3D-printers, micro factories, fablabs and the rest of it. 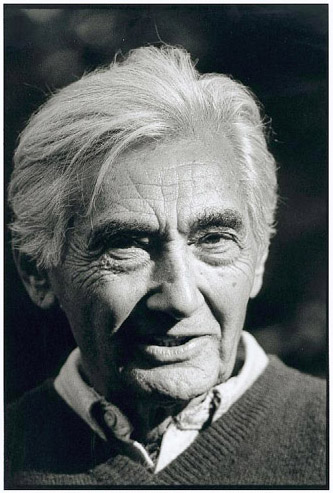 Secondly, a future society is in my opinion unimaginable without the further development of the commons and the sharing economy. I think that there is “a new society developing within the old” that goes beyond the welfare state, worker’s organisations and the socialisation of production in vast corporations, and that we need to build bridges between the labour movement, in particular the trade unions, the ecological movement and the so-called new social movements like Occupy, the Ingdignados etc. that are characterised by horizontal, networked and ‘leaderless’ structures. I claim that these developments may put an end to the historical split between anarchism and Marxism, but this is more of a gut feeling that needs to be developed further. This idea is of course not new, as it gains support, particularly within the United States where it was expressed by the late historian Howard Zinn, and where in January 2012 the International Organization for a Participatory Societywas launched with the participation of prominent anarchists (Michael Albert, Noam Chomsky, David Graeber…) and Marxists (David Harvey, Paul Street,Vijay Prashad…).

Thirdly, and this is a pure subjective observation, I find the literature, talks, discussions and dynamics regarding new scientific, technological and social-economic developments far more exciting than the ones I witnessed so far in the Marxist left (at least in my country), that are often characterised by artificial optimism or worse, cynicism. Going over the old arguments over and over again is very tiresome and contra-productive indeed. We will not invent the wheel again. We must invent something better. The ideas and projects of peer-to-peer may be over-optimistic and ‘unrealistic’ if the old political structures are not overthrown and replaced by more democratic and egalitarian (socialist) ones, but I find them very inspiring and challenging (although I have to spend a lot of time and effort in order to fully understand them). As a ‘technological immigrant’, unlike the (much) younger generation for whom these new technologies are as ordinary as the air they breathe, I’m afraid I will never fully make them my own. I grew up in the area of punched cards and television, not tablet computers and the web. Also, I am too old to know everything. I only hope to be wise enough to continuously question “old ideas” and reject those who became obsolete. Marxism helped me a lot to understand the world and discover the origins of capitalist crisis. But it did not provide me with a concrete alternative, only a very general hypothesis about a future classless society. The road towards this socialist society by conquering state power (through reforms or through revolutionary dictatorship) has failed, as the collapse of Stalinism and the undermining of the social democratic welfare state have shown. 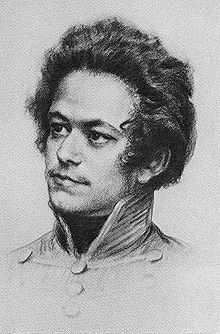 In addition, capitalism in the 19th century was very different from capitalism in the 20th century, as capitalism in Norway is very different from that in Zimbabwe. In that sense, the very term “capitalism” is rather meaningless, especially if we accept that “the market” will not disappear under socialism. What counts is that the market should be subjected to the interests of the public and the commons. In that respect, the same can be said of the word socialism, a term that has been claimed by social democrats, Stalinists and to a certain extend even Nazis! In a way, history made all these terms quite meaningless since they have all been misused and mean different things to different people. So there is a strong case to change our terminology, although this question probably depends on local culture and traditions. But I imagine that words like peer-to-peer (expressing equality), the commons (meaning owned by nobody) etc. are more attractive amongst youth or in countries where socialism is identified with bureaucracy and dictatorship.

Finally, I think that the P2P community is very heterogeneous measured on the old political scale, although I do think that the old left-right divide is still very valid. On the other hand, in a civilised political debate, differences are an asset, not a handicap. The wisdom of a heterogeneous group is bigger than that of its smartest member, just as the stupidity of a homogenous group can be greater than that of its most stupid member. The main challenge is to find the best way to aggregate our common knowledge.

(This article was originally published on the tanit forum, although I made some moderations because the original had also organisational proposals that don’t make sense here)

I changed the original title as the new one covers better the content of the paper...

Jean writes: "...capitalism in the 19th century was very different from capitalism in the 20th century, as capitalism in Norway is very different from that in Zimbabwe. In that sense, the very term “capitalism” is rather meaningless, especially if we accept that “the market” will not disappear under socialism. What counts is that the market should be subjected to the interests of the public and the commons. In that respect, the same can be said of the word socialism, a term that has been claimed by social democrats, Stalinists and to a certain extend even Nazis! In a way, history made all these terms quite meaningless since they have all been misused and mean different things to different people. So there is a strong case to change our terminology, although this question probably depends on local culture and traditions."

Amen! I won't quibble with anything in the article because that paragraph is so great! Sharing, bartering, trading, buying and selling are all forms of distribution and exchange. The implicit distinctions between them can disappear in specific cases. Sharing can be unfair and selling can be fair. From a systems perspective the most salient aspect of any system of distribution or exchange is the degree of transparency and fairness (or symmetry). The rest is culture and style.