The Free Software Magazine is carrying a great article on Diaspora, what it is and why we should give it our attention. Sasha Mrkailo pointed to it on Google+.

It is the best article on Diaspora I have yet read and I recommend it. 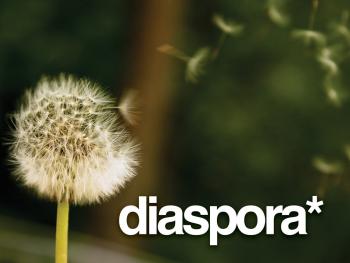 Right now, Diaspora is a pretty small community, and so far, the most popular topic is Diaspora itelf. So if it were merely a matter of personal convenience, I probably wouldn’t have tried it. But it isn’t. Diaspora is “more free” in two important ways:

For those who care about Intellectual Freedom (and if you’re reading Free Software Magazine, I’m assuming you probably are), making this happen for a such a critical piece of infrastructure should be a compelling goal. And like most free software, it gets better the more it is used — this way there is more testing, more understanding of how development should proceed, and a larger pool of people from whom potential developers might come. Also, social media sites areall about the network effect the more people using it, the more people want to use it. So even if you aren’t going to be able to contribute all that much to improving it, just by being there, you’ll attract more interest to it.