Within the digital revolution P2P processes have aroused as something radically new, a new form of production, a new paradigm that could outset more traditional productive models. Is this the case?

Well, once upon a time, in the eleventh-century, some Mediterranean traders conformed a peer organization. Members of this organization provided each other with trade-related services creating a net of overseas traders: traders were mostly sedentary, and would trust other (sedentary) traders to handle business abroad. These agency services would start by agreement and could be terminated by either party at any time and information (mostly trade related but not only) would flow freely and became public (within the organization). Traders were peers within this organization being flexibility the norm. Cooperation was synergistic so all the traders of the organization resulted benefited from cooperation by reducing costs of trade.:

The evidence indicates that eleventh-century Mediterranean traders arranged agency relations through a peer organization that may be referred to as a coalition. Members of the coalition provided each other with agency services that increased the value of a member's capital. Greif (1989, p.859)
"Agency relations among the traders were characterized by flexibility. Sedentary traders served as agents for those who traveled, and vice versa. Wealthy merchants served as agents for poorer ones, and vice versa. Usually a trader served as an agent for several merchants, while receiving agency services from them or other traders." (G.89, p.739)
A priory, this sounds like there is a P2P process operative within this "coalition". Lets see how can P2P be defined:

"It is a specific form of relational dynamic, is based on the assumed equipotency of its participants , organized through the free cooperation of equals in view of the performance of a common task, for the creation of a common good, with forms of decision-making and autonomy that are widely distributed throughout the network." Michel Bauwen (Peer-to-Peer Foundation)
Well there seems to be equipotency among participants (being a merchant or an agent does not depend on wealth or power, any agent is both a merchant and an agent), there is certainly free cooperation of equals (traders provide each other agency services and free information) and it can be assumed that the resulting synergy from the cooperation is a common good. So lets dig deeper into this "primitive organization", who were they and how has this information survived until today?. "These were Jewish traders who lived in the Abbasid caliphate (centered in Baghdad) until the first half of the tenth century, when they emigrated to North Africa (a part of the Maghrib, the Muslim world's West), mainly to Tunisia. This region was prospering at that time under the rule of the Fatimid caliphate." (G.89, p.861).The Mahhribis "were involved in large-scale, long-distance trade all over the Muslim Mediterranean" (G.94, p.917).

In his research Greif exploits rich the information contained in the Cairo Geniza Documents, 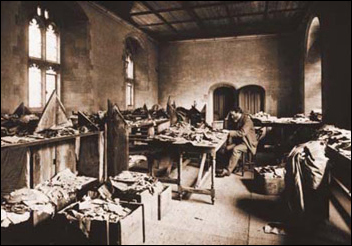 "geniza is a place where Jews locked away writings on which the name of God was or might have been written. From about the ninth century on, a geniza room was located in a synagogue in Fustat (old Cairo), where for centuries tens of thousands of documents were deposited. The room and its contents were eventually forgotten until the end of the last century, when the treasure was rediscovered." (Greif 1989; p.859).
Greif uses the Geniza documents to reconstruct commercial, economic and social relationships of the Maghribis:

Although the emigrants "were musta´ribun, that is, non-Muslims who adopted the values of the Muslim society" and there were Jewish communities in the Maghrib, "although the Maghribi immigrants integrated into existing Jewish communities, they also retained a strong sense of identity and solidarity among themselves" remaining as a separate group. (G.94; p.922).

They conformed what Greif calls a "coalition" in which all of them were trading-peers:

"the Maghribi traders group was a homogeneous group of middle-class traders and each of them operated as a merchant and as an agent at the same time". "Whenever a partner utilized the partnership's capital, he acted as an agent for the partnership. Henceforth the term `merchant´ denotes an individual who receives the residual revenue after the agent receives his compensation. The term `trader´ refers to both agents and merchants" (G.89, p.865 & 874).
In their trading relationships there is obviously asymmetric information (since the merchant is overseas he does not know whether the agent is misreporting the common revenue), besides "in the eleventh century the legal system failed to provide a framework within which agency relations could be organized" (G.89, 866). The Maghribis solved this problem through what Greif calls a reputation-mechanism:
"the merchant must create a gap between the expected lifetime utility of an agent employed by him and the agent's best alternative elsewhere. To do so the merchant has to provide the agent a premium; for example, he can pay him a wage premium. Of equal importance is the implicit contract established between merchant and agent, under which the merchant threatens to fire the agent and never operate through him again if he discovers that the agent has ever cheated" (G.89, p.867). When a "Maghribi trader wanted to impose social sanctions against another trader, he made a public appeal to the Jewish communities" (G.89, p.863) The cheater punishment would be the exclusion from the community (no agency services, no commercial information). The resulting synergy from this cooperation is that "this implicit contract improves upon the simple reputation mechanism. It reduces the optimal premium that a merchant has to pay an agent to keep him honest" (G.89, p.867).
Basically, agent and merchant share the profits of a partnership at the lowest cost (note that any trader is at the same time merchant and agent). Since information freely flows within the community whenever a trader reports another trader to have cheated the later is condemned to social and commercial ostracism. Fine with history, coming back to nowadays reality, what does it has to do medieval ships and traders with P2P, what are the characteristics of P2P processes so it can be assessed whether is there really a P2P processes in the Maghribi coalition trading system?

Michel Bauwens in an excerpt from the manuscript "Beyond Formalization, Institutionalization, Commodification" defines the characteristics of P2P as being:

There is de-institutionalization (flexibility is the norm and punishments are decided by the community), and there is de-commodification as well (a flow of information is produced, this information is free and it creates value for the users creating or/and facilitating trade; besides, the existence of this information allows traders to be both merchants and agents). What about equipotency? The agents are equipotent, however the reputation-mechanism allows to prohibit cheaters (anti-cooperative agents) from participation. The system bans anti-cooperative peers (nothing is said about the free-riders); fine, known P2P-systems also ban/block certain users due to their anti-cooperative behaviour (Wikipedia, for instance). Furthermore the reputation mechanism is a "communal intersubjuctive process". Hence, if my reasoning is not wrong, It does not seem then that this definition of equipotency should deter considering P2P processes within the Maghrebis.

Once again these eleventh-century traders seem to meet the conditions, 1) a free-flow of commercial information is produced, 2) individuals provide information and agency services independently of the rest of traders who do not get directly involved in a specific partnership, 3) trading costs are reduced through these system and since any trader is both merchant and agent all traders benefit, 4) Information flows easily since traders within the group are interconnected through -inside- common acquaintances, besides control mechanisms are costless and easy to implement (reports on cheaters flows to any trading-peer within the coalition).
"Frequently the associate also had to collect a trader's revenues (a difficult task in many cases) and then handle them according to the trader's instructions. How greatly such associates reduced the cost of trade is suggested by one trader who wrote to his business associate, `all profit occurring to me comes from your pocket´, while another trader remarked that in trade `people cannot operate without people´. (G.89, 864).

Coming again to our present time, when wondering why is P2P emerging now, the P2P-Foundation, borrowing from Beckler´s Wealth of Networks, hypothesize that lower capital requirements of information production
1. reduces the value of proprietary strategies and makes public, shared information more important,
2. encourages a wider range of motivations to produce, thus demoting supply-and-demand from prime motivator to one-of-many, and
3. allows large-scale, cooperative information production efforts that were not possible before.

Looks like in the eleventh century a bunch of traders in the Maghreb found how make this very same process to succeed: even though there was no apparent change in the requirements of information related capital, information was made freely available. This resulted in publicly shared information, ambivalent trading position (merchant/agent) and large scale information production (reputation system).

P2P is thought to be based on digital information, Internet and computers, how could it happen that a system that resembles so much to what we now call P2P could operate a thousand years ago? If it was such a good model, how is it that no one knows about them apart of Greif, some scholars, me and now you. How is it that they did not survive?

Avner Greif points to cultural beliefs (G.94) as the underlying reason for "lowered capital requirements of information production". There was in the same age and area a non-cooperative, non-collectivist (individualist) society, the Genoese traders. The Genoese traders also operated in the Mediterranean, had similar technologies and similar knowledge. They were however completly different from the organizational point of view. They were also very different in the sense that they survived while the Maghribi traders disappeared into the vacuum of history.

Is then P2P such a new thing?What are the limits of P2P production? Can it endure now? 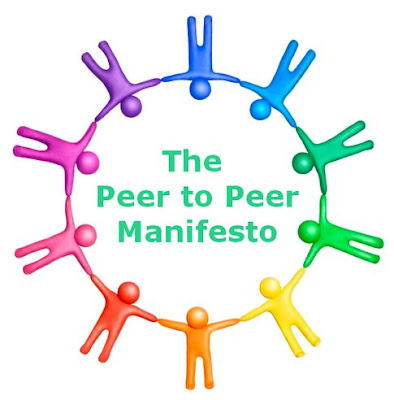 Quoted papers from Avner Greif: Reputation and Coalitions in Medieval Trade: Evidence on the Maghri... (1989)
Cultural Beliefs and the Organization of Society: A Historical and ... (1994)

*This post was somehow inspired by the presentation of Ulises Ali Mejías (Peerless: the Ethics of P2P Network), researching the edges of the P2P paradigm, during the seminar InclusivaNet.