For a peer to peer, transnational, common, and hyperempowered labour class movement

Anonymous Call for a Global P2P Revolution, we can start writing all from the begining on 11.11.11 7 Replies

The whole world may come together and peacefully rise against all that is unjust on 11.11.11 A YEAR OF DISSENT: ALL FOR ONE -…Continue

can you craft an announcement for this for the regular p2p blog, and even for Ning, so we can spread the news?

The Cyberunion Podcasts on air: Use technology to organise!

Walton Pantland of Unite, from Scotland and union activist Stephen from Boston US, have recently started a great experiment on Cyberunions website.

They started podcasting on how to use social media, networks, new internet and mobile phone technologies in order to strengthen unions and rank and file at the shop floor, and in general.

Those unionists who feel the need to grow in number and fight back better must follow these invaluable discussions.

Here are the links to first three episodes:

The Council of Global Unions will launch the worldwide Quality Public Services—Action Now!campaign on Thursday 23 June, United Nations Public Services Day. The aim is to advance quality public services for all people through unprecedented coordinated solidarity action across borders.

From the American Midwest to the Middle East, Asia to Africa, Europe to South America – private and public sector unions are uniting as never before to defend and advance the quality public services that keep communities strong. Unions are working with a wide range of allies including municipal governments and civil society groups to build sustainable economies that benefit all people – not just a select few.
In South Africa, this means local unions are working with the Durban eThekwini municipality and community partners to advance affordable housing and reliable public water, electricity, sanitation and transport services through a campaign initiated by Public Services International. In Cape Town, this includes providing books to build public libraries in a partnership effort between Education International affiliates and the civil society organisation Equal Education.

In Bangkok, Thailand, railway workers who are members of the International Transport Workers’ Federation are marching with public sector unions to reinforce their message of protest against government privatisation plans.  END_OF_DOCUMENT_TOKEN_TO_BE_REPLACED

Italian communist and political activist Antonio Gramsci’s core concepts like hegemony, organic crisis, passive revolution, historic bloc, transformismo, war of position and war of manoeuvre are central for our understanding of today’s complex global capitalist system, as well as the catastrophic changes that are currently taking place in it.

Recently, Stephen Gill, a prominent neo-Gramscian global economy politics theorist, has identified the 2008 global financial turmoil as the manifestation of a ‘global organic crisis‘, with reference to Gramsci’s original concept. Theorisation of the rise and decline of the global hegemony of the transnational capitalist class and the Empire -also inspired by Gramsci’s writings- have also been enlightening, at least to me.

Jerome E. Roos from online magazine Reflection on a Revolution (ROARMAG), in abrilliant article this time has sharply indicated the upcoming passive revolution on a global scale, by tracing the recent shift in the language of intellectuals of global capitalist elite/class such as Warren Buffet, Forbes and Financial Times authors. This shocking return of the concept of Class Warfare on the pens and mouths of the core capitalist actors, after decades carefully hiding it under the carpet, might be indeed signaling an upcoming… Continue reading »

Organizing, P2P Networking, and Mapping of the Production Process b...

”The Organising” method, originated in the US, has been achieving successes in the English speaking West and spread in the wider capitalist heartland after the collapse of class compromise or the tripartite corporatist model. The method is adoptable to local conditions as well as to unions internal politics and specificities. In this method, professional union organisers hired by union, contact to, build relationship with, and mobilize workers at the shop floor with the aim of attracting more members to the union. Than these activated members are to reach out other potential members and together with the professional organizers they win their co-workers hearts and minds, for the union. The model “is successful because it begins to realise that autonomy is a powerful mobiliser, and that by giving activists ownership over campaigns in their workplaces, you build confident and dynamic local structures that are able to respond fluidly to complex and shifting circumstances.” (Cyberunions)

END_OF_DOCUMENT_TOKEN_TO_BE_REPLACED

FOSSApps: Free and Open Source Software Applications that are safe ...

N-1: N-1 is an online social network software. It has been developed by Indignados from Spain and elsewhere collectively. N-1 combines many of the below tools in it. The name n-1 is related to the principle of equipotentiality that attribute potentially equal participation for all the nodes involve.

Other important free and open source online networks are Diaspora, Rise Up, Drupal.

Big Blue Button is an open source online software  built originally for higher and long distance education purpose. Yet it is a very usefull tool for unionists and …..

Mumble is a free telecommunication software that is used by Occupy movement, Spanish Indignados/15M activists. You can create voice-chat rooms for your scheduled work groups, meetings and conference calls.

Turtle is a free and open source anonymous peer-to-peer network project facilitating free speech and sharing information by combining encryption with peer-to-peer (P2P) technology. Like no other anonymous P2P software, it allows users to share files and otherwise communicate without fear of legal sanctions or censorship. 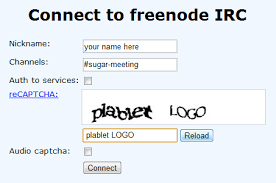 Webchat Free Node is a secure instant chat rooms for activists who are sharing and working on collective projects and actions. Create your chat rooms and invite your comrades.

END_OF_DOCUMENT_TOKEN_TO_BE_REPLACED

Inspired by the comrades from spain (valencia: http://unidxsporunacausacomun.blogspot.com/), London,US and elsewhere we have felt the need to prepare a positive open latter to work on, discuss, adopt, and declare towards labour.considering the general strike wave, planed global strikes, 1M, 12M, 15M, and other actions and gatherings like 24-26 February European Action Confernce, 29 February [European Trade Union Day of Action, Shutdown the Corporations Day in the US}, 31March European Action Against Capitalism, 28-29 March 2. Spring Conference etc. that would clarifies our support to working people, union members as well as our obvious different positions; with the hope that this would contribute overall widening of participation to these mobilisations and solidarity among various movements. That would be good to wok on the text until 29 February and relase to our networks! Above is the version released by GAIA - Networked Union for the Labour’s Others.  -

We are ordinary people. We are outraged, like you. We are called Indigrandos and/or Occupy Movement across the World, describing those who stand at the edge or outside of the disastrous global system.

We are sometimes highly educated, mostly working precariously, unemployed, homeless people who have risen up in 2011 globally; not only to defend the rights of people like us but also for all the others, the 99% who has worse or relatively better conditions than ourselves, as well as for the planet.

We do not claim to represent others, or even each other. We just choose to struggle not only for us but also for the others who can’t do that at the moment.

We have stood up against the bankers on Wall Street, wars lords in Egypt and Israel, environmental murderers in Monsanto, the business and state elite everywhere, for the good of all alive and not alive, all women and men, young and old, working or not working.

We have formed, distributed and self-organised egalitarian networks in order to lead this struggle and build credible alternatives to the failing system. Before it falls down on top of all of us.

We believe that a system excluding us also threatens the people with relatively secure jobs and contracts. Their job and income, their today and future. It also leaves millions of innocent children and elderly to die every second.

Some of you are a part of a union that should be protecting your rights and ‘representing you’ against those forces robbing all of us and destroying all of our futures.

We honestly believe that, because of the legal and professional constraints, professional union cadre can posses very limited power to lead a strong struggle. Especially without you, rank and file members being strongly self-organised in your workplaces, in your neighbourhoods and within your unions.

We do not adopt and agree with the ‘limited democratic’ structures be it local government, national parliament, UN, or even the union board to which you pass your voice, and so your power. These structures were designed by the elite thinkers like John Locke and Thomas Hobbes for the sake of the class leading this offensive towards us.

END_OF_DOCUMENT_TOKEN_TO_BE_REPLACED

In most European countries, May 1st is traditionally a ‘Workers’ day – a day of Labor Solidarity, and a public holiday. In Los Angeles, it’s a day to celebrate and march in support of im/migrant rights. In protest against the corruption of the worldwide marketplace, which has led to illegal foreclosures, mass unemployment, low wages, high taxes and a penalization of all those who do not own the ‘99%’ of the world’s resources, and in solidarity with the im/migrant movements of May 1st, OLA decided to declare May 1st, 2012 a People’s General Strike. Instead of calling upon unionized Labor to make a specific demand (illegal under Taft-Hartley), OLA is calling upon the people of Los Angeles and the United States of America to take this day away from school and the workplace, so that their absence makes their displeasure with this corrupt system be known.

“Occupy LA supports in principle a General Strike on May 1, 2012, for migrant rights, jobs for all, a moratorium on foreclosures, and peace – and to recognize housing, education and health care as human rights, and calls for the building of a broad coalition to make that a reality.”

END_OF_DOCUMENT_TOKEN_TO_BE_REPLACED

Occupy + Commons: The Beginnings of a Beautiful Relationship | Davi...

The Occupy movement is beginning to discover the commons, and the result could be a rich and productive collaboration.  This was the lesson that I took from a three-day conference, “Making Worlds:  A Forum on the Commons,” hosted by Occupy Wall Street in Brooklyn this past weekend. Rarely have I seen so many ordinary people from diverse backgrounds embrace the commons idea with such ease and enthusiasm.

There was a certain cosmic appropriateness that this gathering was held in a church meeting hall, the Church of the Ascension in Greenpoint, Brooklyn.  This is the kind of humble, out of the way setting that gave rise to the civil rights movement 50-60 years ago.  Church basements virtually require us to shed our pretensions and credentials, and to get real with each other.  As they say in the Occupy world, this was a “truth event” – an occasion meant to rip a hole in the fabric of mainstream culture and provoke some deep and honest reflection on the truth.

Can the commons paradigm take us to higher ground?  For the 100-plus people who showed up, the forum was an occasion to consider how the commons can open up new vistas in “alternative economies, open source, education, environment, technology, labor, politics, race, gender, sexuality and more.”  In typical Occupy style, the meetings were run in a fairly loose fashion; it was not always clear who was “running” the meeting because many people intervened at various times.

And yet things never got out of hand, and I cannot recall a meeting of this size that was richer, more provocative and constructive.  People really listened to each other.  People actively invited everyone to speak out, especially those who were more reticent.  Your professional credentials were a secondary matter.  And if someone got too agitated, people would use calming hand gestures to cool things down. The dialogue was an intelligent, passionate, highly sophisticated and practical dialogue of ordinary American citizens.  Refreshing!  Now if only such traits could somehow be engineered into our mainstream political culture and media!

END_OF_DOCUMENT_TOKEN_TO_BE_REPLACED

You need to be a member of Peer Labour to add comments!