Peernet and the WiFi Cloud at Burning Man

Looking around for glimpses of what the future of Peernet might have in stock for us, I came across a blog post by Scott Beale about the Burning Man festival held each year at the Black Rock Desert in northwestern Nevada. Actually it wasn't me, my wife Susan saw it and was so good as to give me the link. 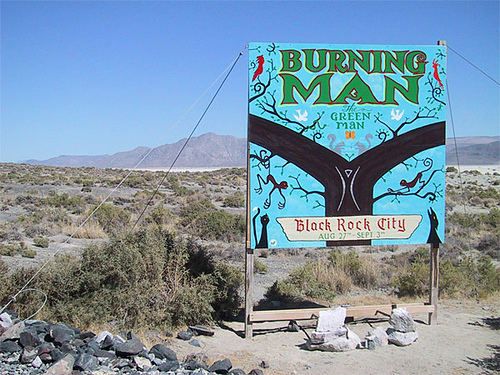 One thing that has evolved quite a bit over the years is the wi-fi cloud at Burning Man. This year we will see even more photos and video being uploaded from the Playa, as well as live video streaming, blog coverage and even updates via Twitter.


Photos were being shared on Flickr, there was a live video stream from a Black Rock City Webcam, web tv, a radio channel and several blogs. See the blog post for details

I could imagine that our own friendly neighborhood 'WiFi cloud' as proposed here and here might host all those things and more.

Perhaps a P2P version of Ning to allow neighbors to band together around various local social topics, and a payment system like Ripple to facilitate exchange, would be nifty components to have, plus something like Mermaid for direct local file exchange.

What still escapes me, is how all this could be put together as a coherent software package to allow direct interaction and bring us all a step closer to each other.